A sociological perspective on common feelings we are experiencing right now. 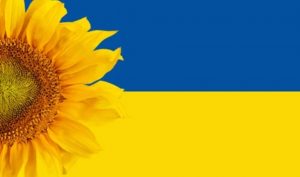 When we were just starting to get our bearings after two years of a global pandemic, which has largely wrecked havoc on our lives, forcing us to deal with issues of illness, death, anxiety and uncertainty, a new world event shatters the normalcy we were all so much striving for. Since Putin has started Russia’s reckless attack of its neighbouring country of Ukraine, I have been barely able to focus on any other aspect of life than what is going on in Ukraine.

My thoughts are constantly travelling across the border to the Eastern part of Europe, which is so close to us. I wake up in the morning eager to know if the war is still happening, trying to grapple with that sense of early grief which you feel after you have lost a loved one, which makes you engage with that process which is called “wishful thinking”. My first thought upon awakening every morning is “this war is not real, it cannot be real, this cannot be happening”. As the mind clears, the war hits me again like a powerful nightmare and so I begin to scramble for news on my iPhone, switching from Twitter, to Instagram and the New York Times, the BBC and CNN, to check what the damage has been during the night whilst I was sleeping. How many casualties? How many women and children dead and injured? How many people displaced? How much of the Ukrainian cities have been destroyed? Are Russians getting closer to Kyiv and Odesa? Is Ukrainian President Zelensky still alive? As I try to calm myself reading the morning updates, my thoughts immediately turn to Ukrainian people. If this is the amount of grief that I am feeling, how can they possibly be coping with the grief that has befallen them since that fateful 24th of February 2022 when their lives got suddenly turned upside down by an unimaginable tragedy that has been sweeping their lives: the tragedy of war.

Our grief is not only personal, but it is also increasingly a collective experience. Why what is happening in Ukraine and to Ukrainians has been stirring our hearts so powerfully? Why are we foreign observers, especially in Europe, feeling their suffering so much? Is it because war has arrived in Europe yet again? Being a Generation X child, maybe I am feeling this tragedy so much because I have been brought up by a father who was a young child during World War II, who brought me up educating me about what he and million others had to live through. We have been brought up with the firm belief that a global war would not happen again, because we have learnt from the horrors of the 1940s. We celebrate the Italian Resistance every year on the 25th of April, national day of Liberation from Nazi-Fascism, recollecting every year the events that brought us to a peaceful mode of life. We know the huge loss of lives and the destruction of cities and human lives that the war brought about on our continent, which has not been conflict free in the post-war years, but this time the shock and the grief for what is happening seems magnified by the global reach of what is happening and by its timing. Have we perhaps become more sensitive to pain and suffering after the past two years of the Covid pandemic? Has the global pandemic increased our empathy for others? Have we finally acknowledged that grief is one essential component of our human condition? Those of us who have lost a loved one already were familiar with the annihilating power of grief. Maybe now everyone is becoming more sensitive to this experience?

Whatever the outcome of this war will be, hoping for peace to be brought about as soon as possible, things will never be the same again. Whatever the outcome, I have this crushing feeling that the damage being done is already so great that it cannot ever be undone. I find myself struggling not only with personal grief but also with a collective grief for all the things that are being lost: entire cities, culture, art, human beings and all their talents and feelings, which will be no more. The trauma that Ukrainian people are currently undergoing will be with them for generations to come. Their trauma will be our trauma: it will be a trauma for Europe, for Russia, and for the entire world community. How will they ever be able to overcome and start anew?

While I have been grappling with these questions, trying to find answers, today I came across the new video posted on Twitter by the Ukraine Ministry of Defence, with the voice over of President Zelensky and images of Ukraine during the war and after the war. Yes, after the war, the future of Ukraine. And suddenly all the answers I was looking for were there in that video. In that video there is everything. There is the powerful concept of WAS versus WILL. WAS is all Ukrainians have lost: “it was my city, my job, my dog, my dad, my daughter”. There is a definitive sense to all this that was, which is what we are all struggling to come to terms with, the source of our grief, all that will be no more. But then the video changes: in the future there WILL be more. “We will win. There will be new cities. There will be new dreams. There will be a new story. There will be, there’s no doubt. And those we’ve lost will be remembered. And we will sing again, and we will celebrate anew”. The video sums up the power of hope and the power of will, something that we so often forget in our lives. The power of imagining what the future will be like, even when all at present is lost. Grief makes space for hope.

From the point of view of communication, it is a very powerful video. President Zelensky’s voice over is cinematic and it strikes an emotional cord when we listen to it. Surely the cynics will point to his previous career as an actor as a demeaning factor rather than an asset. It cannot be denied that it is Zelensky’s power of communicating with people, which is making this war different. He is providing us with almost daily vlogs on what is going on with the war. He is engaging in almost daily video conferences with parliaments from governments all over the world. He is speaking to journalist sitting on the steps from inside his palace, equipped only of a microphone and video camera in a very real war setting, where there is nothing staged. When he talks, every one of his speeches is tailored made and aimed at a specific audience, which makes the communication more effective, more personal and impossible to avoid. Some critics have pointed out how this is all prepared beforehand, possibly forgetting the job of spin doctors, by implying negative connotations and consequences to this mode of communication. Some have even taken issue with the t-shirts and military gear that President Zelensky has been wearing since the beginning of the war in all his videos. To me all this points out to professionalism and seriousness of intentions. At this time, communication with the outside world is one of the main tools Ukraine has to gather support and solidarity from nations across the world. As for the military gear, Zelensky’s green t-shirts remind me of Steve Jobs black turtlenecks and Mark Zuckerberg grey t-shirts. When you must get a job done, it is advisable you spend less time choosing your wardrobe and more time focussing on what counts. Wearing the same most appropriate outfit everyday goes in that direction.

This war is also different for the massive use of 24/7 communication via social media. This is both bottom-up communication by journalists and people on the ground and top-down communication by both President Zelensky and world Governments, which have been heavily relying on Twitter and other social media as a means of communication, alongside traditional media. The war is thus with us 24/7 and we can get informed about the horrors suffered by Ukrainian people in real time. This is in stark contrast with the propaganda and paucity of news coming from Russia, where our constant guess work contributes to our anxiety for the outcome of this conflict. It is thanks to this continuous news cycle that we are painfully aware of what is going on in Ukraine every day and every hour. The effect of this detailed information is that we are deeply touched by the resistance of Ukrainian people, who have been fighting for their freedom for almost a month now, and their grief has become a shared collective grief. Their fight has reminded us of the power of our imagined nation states and communities, coupled with the power of the European Union and of trans-Atlantic relations, and of the importance of our shared destiny for all of us to keep living in a peaceful world.

This article can also be found here on my Medium page.