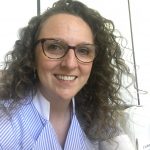 Hello and welcome to my website! Thanks for visiting.

I have been working in the printing industry since 2009 as Managing Director, Account Manager and Partner of my own printing business Lithotris srl , an offset flat printing firm based in Milan, Italy.

I am also a sociologist working on civic and political engagement and new media.  From 2007 to 2009 I was a Fellow at the Berkman Center for Internet & Society at Harvard University, where I worked on the Digital Natives project and the Internet and Democracy project. From 2007 to 2011 I was also a a Research Associate at the Oxford Internet Institute (OII) at the University of Oxford.

Prior to joining Berkman, I was a Postdoctoral Research Fellow (2006-2007) at the Annenberg Center for Communication at the University of Southern California, Los Angeles, where I worked on the social implications of Internet adoption and use for civic and political engagement.

In 2004-2006 I was Survey Research Officer at the Oxford Internet Institute (OII) at the University of Oxford. At the OII, I worked on the design and analysis of the 2005 Oxford Internet Survey (OxIS) and the World Internet Project (WIP), exploring the social implications of Internet adoption and use in everyday life, focusing in particular on online political engagement and online sociability.

I hold a D.Phil in Sociology (2004) from the University of Oxford, Lincoln College, with a dissertation entitled: ‘Social Capital and Political Participation in Britain‘. During my doctoral studies I was awarded with an ESRC (Economic and Social Research Council) Research Studentship and an Andrew W. Mellon Foundation Research Studentship for the study of the ‘Theory and Politics of Civil Society’.